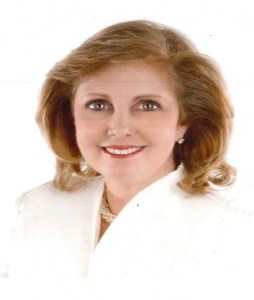 Hon. Ruth B. Kraft is of counsel to Bartlett, McDonough & Monaghan, LLP focusing on employment and labor law.  She advises business organizations on matters with respect to  wage/hour disputes, employee misclassification, employment policies and procedures, termination, and compliance with state and federal laws.  Her practice is comprehensive, covering business strategy as well as litigation before governmental bodies and in the courts.

Prior to joining BMM, she founded and chaired the employment law group at a small Garden City, New York after a long career on the bench, most recently at the New York State Department of Labor, with chambers in Brooklyn.  She began her career as an associate at one of the most distinguished law firms in the country prior to joining the faculty of New York University, where she was recognized for excellence in the teaching of law, business ethics and medicine.

Ms. Kraft holds a Bachelor of Arts Degree, Summa Cum Laude,  with distinction in Political Science, from Queens College, where she was elected to membership in Phi Beta Kappa and was awarded a New York Urban Fellowship.  She is a graduate of the Yale Law School, where she studied under the preeminent luminaries of 20th century jurisprudence.  Her doctoral thesis, “Informed Consent in the Treatment of Breast Cancer”, is in the permanent collection of the Sterling Memorial Library of Yale University and forms part of seminal research in the field of medical law.   Subsequently, she holds a certificate in Alternate Dispute Resolution from Harvard Law School.  She is admitted to practice before the Courts of the State of New York, the United States District Courts for the Southern and Eastern Districts of New York and the United States Supreme Court.

Ms. Kraft has lectured on employment law and corporate social responsibility to academic, business and professional groups throughout the United States and abroad, including to visiting jurists from the People’s Republic of China and the Long Island Tax Professionals Symposium.  She is a past president and member of the Executive Committee of the New York State Association of the Administrative Law Judiciary, a member of the Board of Directors of Yashar-the Judges’ and Lawyers’ Chapter of Hadassah. She received its Leadership Award in 2017 and she is an active member of the Long Island Center for Business and Professional Women.  A member of the advisory board of the Center for Ethics in Business at Loyola-Marymount University for many years, she is an “uberjudge” of the International Business Ethics Competition, which has renamed its writing prize, the Judge Ruth B. Kraft Award, in her honor.  Additionally, she serves as Special Counsel to the Academy of Medicine of Queens County.

She is also a member of the employment law committee of the Federal Bar Council and has lectured nationally on the Americans with Disabilities Act. She recently authored a pioneering settlement agreement in the ADA context which was the first such agreement in the United States under section 1557 of the Affordable Care Act with respect to effective communication in the healthcare setting.