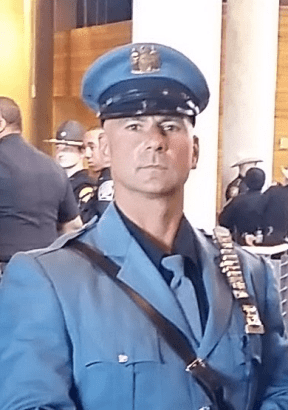 In addition to his police duties Detective Greco is the President of the Police Association of New Rochelle. His responsibilities include, but are not limited to representing police officers and detectives in disciplinary and contractual matters and promoting and improving the welfare of all Association members.  As President, Detective Greco has spearheaded numerous community outreach projects including annual coat drives, soup kitchens, toy drives, and an annual holiday gift giving campaign where members of the Police Association drive around the City of New Rochelle in marked police vehicles and spontaneously surprise children with gifts donated by New Rochelle police officers.

Detective Greco is responsible for the development and implementation of the New Rochelle Police Project Lifesaver Program; a program designed to help and locate individuals affected by Autism and other developmental disabilities who may wander or get lost.

Detective Greco has a thirteen year old non-verbal Autistic son, who prior to being hospitalized since 2018, had a high risk of wandering. The Project Lifesaver program was implemented in 2015 after his son went missing for a few brief moments on the beaches of the Jersey Shore.